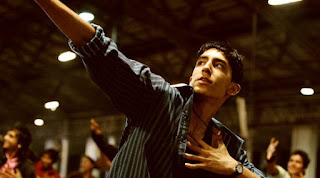 Slumdog has quickly become one of the most discussed films of recent times. This is perhaps less to do with the film in terms of its narrative (although audiences seem genuinely entertained by its ideas and their presentation) and more to do with its status as a cultural object. The critical and industry discussion of the film started as soon as it was released in the US in December and at the time of its UK release in late January this intensified into a debate in the press and the media more generally. This in turn was revived and extended at the time of the Oscar triumph in February. At the same time, the film created a mixed response in India (again affected by Oscar success with some Indian commentators caught between wanting to condemn the film for being ‘not Indian enough’, but at the same time wanting to celebrate Oscar success for A R Rahman (twice) and sound recordist Resul Pookutty.

Range of debates around the film which make it a candidate for a global or possibly ‘globalising’ product. One focuses on ideas about realism – is the film denigrating India by showing the reality of poverty or denigrating it by offering a ‘Western view, a tourist’s view rather than a realist view? These are mutually exclusive arguments frequently presented.

A second argument surrounds the extent to which the film draws on existing Indian Cinema (in all its manifestations) and mixes it with Western styles. This is my position, but others argue forcibly against it. Much depends of course on the width of viewing experience of the critic. It is worth remembering that some Indian commentators may not watch any other Indian films outside of Bollywood. The extent of the release in both English and Hindi versions of the film is important, as is the success of the soundtrack album in reaching a wider Indian audience.
• What kinds of audience behaviour and consumption are increasingly global?
• What are the arguments for and against global media, in relation to content, access, representation and identity?
The Indian cinema audiences are moving towards a mode of cinemagoing that is more closely aligned to that of North America, Europe and East Asia, i.e. through the new-build multiplexes, now with digital projection. However, there is a distinct divide between the poor and the new middle class and between the rural and urban audiences. There are thousands of traditional cinemas in India in which audience behaviour will be much slower to change (see Indian research into audience behaviour quoted in Understanding Audiences and the Film Industry, 2007: 158). At the same time, satellite TV (often pirated), VCDs and DVDs (also pirated) may be supplying poorer audiences with greater access to films (as well as ‘World Cinema’ to upmarket audiences).

Is this a ‘good thing’ or a ‘bad thing’? Cultural imperialism? Hollywood is approaching the newly emergent Indian media conglomerates with rapidity, but also some trepidation. (DreamWorks was effectively bought by the Indian major, Reliance, not the other way round.) In an Indian context, issues over identity may be played out much more in a Hindi v Tamil/Telugu stand-off or fears that a ‘globalised’ and unified Indian national identity might threaten as a regional power to overwhelm Pakistan and Bangladesh.

Other aspect of debate - the role of the Non-Resident Indian audience in the UK. To a large extent, Bollywood films in the UK are still playing to a ‘diasporic (i.e. Indians living in the UK) audience’. Both Hollywood and Bollywood seek that potential crossover hit – an Indian produced film that attracts a general UK and US audience. Slumdog is arguably nearer to that goal than the Hollywood co-produced Indian films so far released.
Posted by HEWORTH MEDIA STUDIES DEPARTMENT 39117 at 21:23