The Press Complaints Commission - accountability of the press?

The pre-cursor to the PCC was the Press Council, a voluntary press organisation founded in 1953 with the aim of maintaining high standards of ethics in journalism, but in the 1980s some newspapers breached these standards and others were unsatisfied with the effectiveness of the council, so the Home Office thus set up a departmental committee to investigate whether a body with formal legal powers should be created to regulate the industry, which eventually led to the PCC and its Code of Practice. Any member of the public can bring a complaint against a publication that has volunteered to meet the standards of the Code. Members of the Commission adjudicate whether the Code has indeed been broken, and, if so, suggest appropriate measures of correction. These have included the printing of a factual correction, an apology or letters from the original complainant. The Commission does not impose financial penalties on newspapers found to have broken the Code.

The first high-profile case handled by the PCC was brought by HRH The Duke of York who claimed that the press were invading the privacy of his small children. The complaint was upheld.

The Code of Practice
The section titles of the code of practice on which judgements are made are as follows:

In 2006, the PCC received 3,325 complaints from members of the public. Around two thirds of these were related to alleged factual inaccuracies, one in five related to alleged invasions of privacy and the rest included the lack of right to reply, harassment and obtaining information using covert devices. 90% of cases were resolved to the complainants' satisfaction. 31 of the cases were adjudicated by the Commission before being resolved as the complainants were initially not satisfied by the action recommended by the Commission.

In 2009 the PCC received more than 25,000 complaints, a record number, after an article appeared in the Daily Mail written by Jan Moir about the death of Boyzone singer Stephen Gately. Moir had described events leading up the death as "sleazy" and "less than respectable". On 17 February the PCC confirmed that although it was "uncomfortable with the tenor of the columnist's remarks", it would not uphold the complaints made.

Recently, many publishers have added clauses to the contracts of editors of newspapers and magazines giving them the option to dismiss editors who are judged to have breached the PCC Code of Practice. The PCC claims that by attaching personal significance to the role of the PCC in the editors' mind, its role has become more effective.

Newspapers and the PCC itself are usually quick to claim the success of the PCC and self-regulation of the press. Indeed the Former Prime Minister, Tony Blair, congratulated the PCC on its successes during the week of the Commission's tenth anniversary, but others remain critical of the organisation: Labour MP Clive Soley, speaking in the same week, said that "other regulatory bodies are far stronger, far more pro-active and really do represent the consumer. There are no consumer rights people on the PCC and that is a major failing". The MediaWise Trust, a charitable organisation set up to help people in their dealings with the press says that the self-regulation system has proved to help the rich but not the poor. 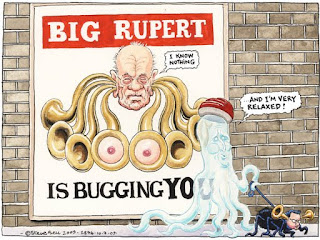 In February 2010 the Commision was described as "toothless" by the House of Commons Culture, Media and Sport Select Committee investigating the News of the World phone hacking affair when telephones of the Royal Household, politicians, celebrities and footballers were tapped by a private investigator hired by The News of the World. Their Royal Editior Clive Goodman was jailed in 2007 for hacking into phone conversation by the Royal Household and editor Andy Coulson resigned.

Starting on 8 July 2009, The Guardian made a series of allegations that the phone hacking activities at the News of the World newspaper had gone further, claiming that the hacking victims included public figures such as politician John Prescott, Manchester United's manager Sir Alex Ferguson and Boris Johnson when he was the opposition spokesman on higher education.

NOTW denied these claims and its parent company News Corporation invited The Guardian to share any evidence it had with the Metropolitan Police. The Police declined to reopen their inquiry in response to the Guardian's reports, but in December 2009 a parliamentary question was tabled about the possible tapping of then-minister Tessa Jowell's phone, and footballer Sol Campbell instructed his solicitor to contact the police.[17]

In February 2010 The Guardian revealed that three mobile phone companies had discovered that over 100 of their customers had had their answerphone messages hacked. The companies identified the customers in 2007 after Scotland Yard passed numbers that had been used by Goodman and his private investigator, Glenn Mulcaire. A freedom of information request by The Guardian found that the police had recovered 91 pin codes for accessing other people's voicemails in material seized from Mulcaire and Goodman.

In addition, contrary to the News of the World claims in 2007, the Guardian in July 2009 said that the activities were known to a range of persons at the paper including then editor Andy Coulson.

The Guardian revealed in July 2009 that NOTW had made payments in excess of £1m to three people subject to phone-hacking, including Professional Footballers Association chairman Gordon Taylor, with the out-of-court settlements subject to secrecy clauses. In July 2009, Private Eye revealed that News Group Newspapers, who owned NOTW and were part of News International, had signed off on the £700,000 out of court payment to Taylor.

The reports led Press Complaints Commission to re-open its inquiry into the matter but it found that it had not been "materially misled", leading Guardian editor Alan Rusbridger to resign from the PCC, and the House of Commons Culture, Media and Sport Select Committee to reopen its inquiry.

In February 2010 it condemned the testimony of the NOTW witnesses that had appeared before the Committee, referring to "collective amnesia" and "deliberate obfuscation", and noted News International chief executive Rebekah Brooks' refused to appear at all. The Committee concluded, "We strongly condemn this behaviour which reinforces the widely held impression that the press generally regard themselves as unaccountable and that News International in particular has sought to conceal the truth about what really occurred." 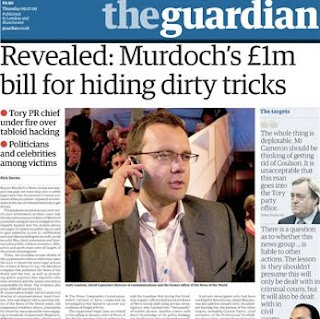 This was the lead story in The Guardian, but News International newspapers (The Sun, The Times) downplayed the report, devoting minimal coverage to it. The Times, for example, placed its 230-word story at the bottom of page 15. The Sun managed 135 words under the headline "Report 'hijack'," which highlighted claims by Philip Davies, a Tory MP, that by "smearing" Andy Coulson, who by then had become director of Conservative party communications and planning, Labour committee members "abused the report for petty party political advantage" - even though the Committe had been led by a Conservative MP! 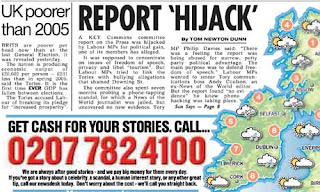