The media doesn’t show reality – it shows a particular version of reality. It often uses stereotypes to get across messages about certain groups of people. The views of a newspaper will often affect how they represent certain people.

• What is the News? A common misconception is that newspapers faithfully and accurately report on the significant stories of the day. But news is what newspaper institutions have chosen to report on and think will sell to their readership. A useful area to study would be to examine how newspapers source and select news stories and to examine the news values that underpin news selection. By analysing news values as presented on front pages and in headlines from the Popular Press on one day, conclusions can be made about audience appeal and newspaper identity.

• Another area of study is to look at how newspapers represent events, groups and individuals. While the industry is frequently criticised for its focus on gossip and celebrity, events worldwide are less widely reported. When global stories are reported on, stories of revolution, disasters, wars and famine give a very negative representation of other countries, particularly third world countries.

• Another useful area of study is to examine how different social groups are represented in newspapers. Are newspapers guilty of creating and perpetuating stereotypes?

• When studying representation, it is worth looking at the controls and constraints under which the Popular Press operates, e.g. the National Union of Journalists Code of Professional Conduct, and the role of the Press Complaints Commission.

Look at these different covers from British newspapers from the day that Michael Jackson's death was reported. What impression do the papers give of Jackson? How is the story set out? How is it incorporated into the individual newspaper's front page? What does each cover say about news values and target audience? 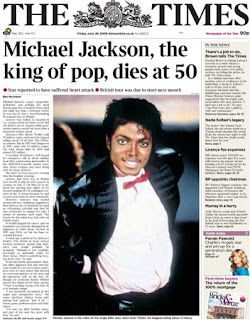 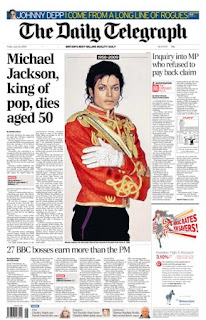 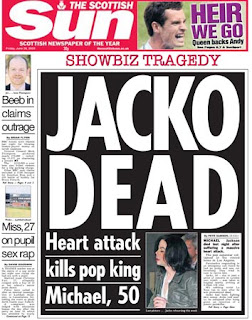 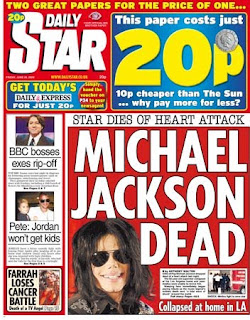 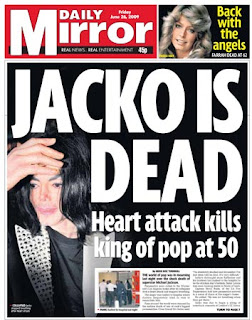 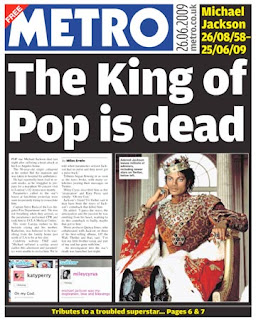 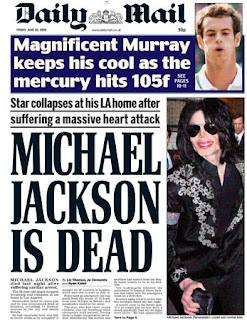 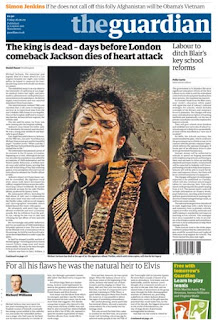 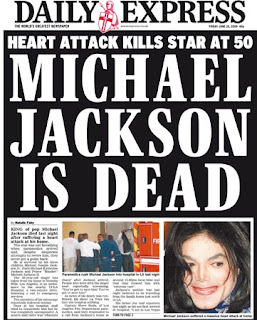 Now look at the way President Obama's victory was reported in The Daily Mail and The Daily Mirror. Look at the choice of photos - the camera angles; Obama's posture and body language; the language of the actual text; the layout. How is Obama represented; can we learn anything about the ideology of the newspaper from this representation; is there anything else about the front page that tell us about the nature of the newspapers and their target audience? 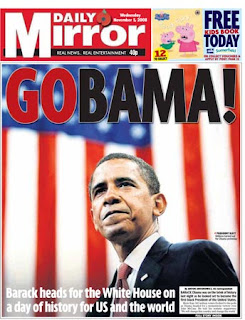 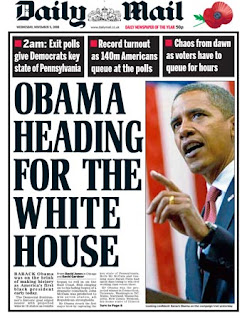 Here is the cover of The Daily Mirror 14 May 2004. The paper had published photos of British soldiers abusing Iraqi prisoners and it turned out they were faked. How does the newspaper represent itself? Look at the actual language used; the sixe of the headline; the colours; the layout. It should be noted that paper considered itself a Labour supporter and under the editorship of Piers Morgan, the traditional 'red top' masthead was changed to black, probably to distinguish it from the more sensationalist end if the tabloid market. It has been changed back... 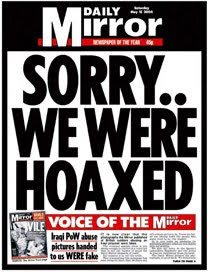 The images for this section are from Devon County Council's Teaching the Popular Press pack.
Posted by HEWORTH MEDIA STUDIES DEPARTMENT 39117 at 23:18