Convergence and the Film Industry I 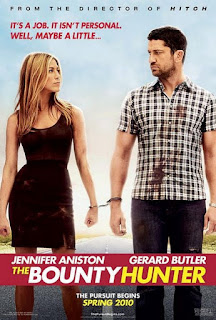 This isn't particularly British, but stay tuned...
Convergence - i.e. the way the industry's use of various aspects of new technology converge to produce the desired aim of getting people to watch a film - may well turn up on the exam paper.

First of all, you need to point out that the cash-strapped British film industry is less adept at this than the Hollywood industrial model.

After this, you could point out the way Sony uses convergence; you've got example from the Spider-Man film a few years back, but google Sony-Columbia, find some recent releases and check out some of their films' the websites. Look at the site for The Bounty Hunter, for example. What's on it? Trailers? Interviews? What about the social network site links? Do you get trailers on your facebook page? Chances are, you'll have to do this at home because YOU HAVE BEEN PROTECTED at school, but try out the links.

You've got the old technologies - the print and film-making process - though both will be affected by the use of changes involving digital technology (in the editing process of both, for example; possibly in the use of digital movie cameras; the use of digital software and computer generated images for special effects; digital sound), the trailers in the cinema and on TV, the soundtrack (but it's a score rather than the expected soundtrack consisting of music artists - though, oddly enough, several artists are clearly audible on the soundtrack - watch the trailer!) the poster and interview campaign in magazines and on TV, merging with the more obvious new technologies clearly visible in Sony's efforts to promote the film via its website and social networking sites. You'll notice on the main Sony site, you can get PSP downloads for some movies.

What of YouTube? If you check at home, you'll notive the trailer has been posted with the message "Embedding disabled by request" - meaning it's the official trailer, posted by the film company to target YouTube users. 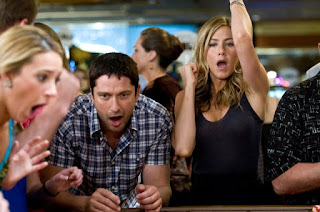 You'll notice the site involves you to play a game. This helps you become involved in the film, creating a sense of ownership that might encourage you to see the movie.

And remember, this is a fairly low-key movie. It's not a special effects fest that would lend itself to some kind of X-Box computer game.

In terms if digital technology, don't forget the inevitable future appearance of the film on BluRay and DVD - and check out the post on Sony below to see the siginificance of the role of the company in this.

Beyond the legal reach of Sony, the film will also be promoted and watched via new technology. People - particularly fans of the two stars - will blog or tweet about it; some may copy reviews to their blogs or post the trailer; some will undoubtedly watch it illegally on a streaming site or download it from a file sharing site like rapidshare and perhaps copy it to a disc and give it to friends. Of course this final example isn't likely to lead to an increased profit for Sony unless the person receiving the disc wants to buy a better copy when it's released on BluRay. Likewise, the soundtrack with the music artists isn't available, yet you can Google The Bounty Hunter soundtrack and find sites where someone has put together playlists containg all the songs for people to download them - an example of a consumer using the net to become a producer - a 'prosumer', like yourselves with your blogs. Whether someone who downloads the playlists and listens to it would get the urge to watch the movie or DVD is, however, another matter.
Posted by HEWORTH MEDIA STUDIES DEPARTMENT 39117 at 19:51