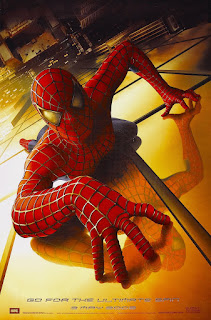 Hollywood dominates the market. A blockbuster film with a poor critical reception, like Pirates of the Caribbean II, can be a huge success thanks to the money spent on effective marketing. Dollars put into promoting it will guarantee an audience on the opening nights and the later buy first/review later DVD sales. The film made over £50 million at the UK box office and 1.5 million DVDs were sold in the first ten days of its release. Any British film up against the release of a major US film – for example, at the start of a holiday period, will be find it difficult to get attention amidst the level of marketing that takes place.

In the practice of Hollywood and other forms of industrial cinema, the phases of production, distribution and exhibition operate most effectively when 'VERTICAL INTEGRATED', where the three stages are seen as part of the same larger process, under the control of one company.

A successful company that has excelled at convergence and synergy in the film industry is the Japanese-owned but Hollywood-based Sony Pictures Entertainment.

CONVERGENCE is the integration of previoulsy separate technologies to achieve a particular aim - here, of course, it's to make, distribute, promote and exhibit a movie. In Sony's case, this has been achieved by developing the strengths of their own company, by acquiring other companies - or at least coming to a financial arrangement with them, which was the case with Marvel Comics (recently bought by Disney) and the making of Spider-Man, and branching out into areas of new technology, such as Sony Pictures Digital, which oversees digital production and the creation of websites to promote films and other products. On top of this, Sony Pictures Home Entertainment manufactures and distributes the Sony film library on Blu-ray Disc (which was co-created by Sony and which has seen off HDDVD, forcing other companies to adopt Blu-ray) and DVD.

SYNERGY is the promotion and sale of a product (and all its versions) throughout the various subsidiaries of a media conglomerate e.g. films, soundtracks or video games. Walt Disney pioneered synergistic marketing techniques in the 1930s by granting dozens of firms the right to use his Mickey Mouse character in products and ads, and continued to market Disney media through licensing arrangements. These products can help advertise the film itself and thus help to increase the film's sales. For example, for the first Spider-Man film, the soundtrack consisted of artists signed to Sony-Columbia, which would effectively promote the artists, the movie and, ultimately, increase revenue for Sony. The video for the theme song, by Chad Kroeger, featured scenes from the movie, thus promoting it. Although Kroeger's band, Nickelback, are signed to the independent Road Runner Records, it is actually owned by Sony-Columbia! At the time, Sony even co-owned its own cinema chain in which to show its films; although this is no longer the case, the company has struck a deal with cinema chain AMC, the second largest in North America, to install its digital cameras in all of its screens.
Posted by HEWORTH MEDIA STUDIES DEPARTMENT 39117 at 14:52