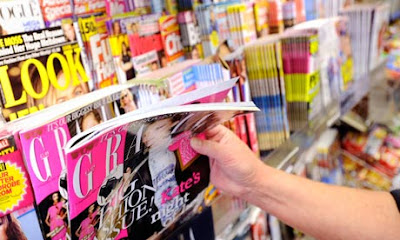 It might seem strange to suggest the biggest publisher of consumer magazines in the UK, including Grazia, Heat and FHM, is playing catch-up. But that is where Bauer Media finds itself in the other UK sector in which it operates.

Home to a stable of radio stations led by Kiss and Magic, the privately-owned German company lags behind the number one commercial player, Global Radio, which last year saw off a last-minute bid by Bauer to buy Smooth Radio owner GMG Radio.

No surprise, then, that Bauer has been closely linked with bids for two national music stations which are for sale, Absolute Radio, owned by the Times of India's parent company, and Malcolm Bluemel's Planet Rock.

Both are loss-making – Absolute to the tune of £4m a year – but Bauer, with rock stations Kerrang! and Q already in its portfolio, is well-equipped to make savings by co-locating or rebranding (probably both).

The business, which spans 42 radio stations and 56 consumer magazines, reaching around 19 million people in the UK every week, is part of the Hamburg-based Bauer Media Group.

The family-run company, led by 73-year-old chairman Heinz Bauer, paid £1.14bn for Emap's consumer magazine and radio divisions in 2007. Bauer's UK interests were previously limited to H Bauer, publisher of Take A Break. Enders Analysis described the purchase price at the time as "nothing short of miraculous" given the prevailing economic winds; it would fetch a fraction of that money today. In a tough magazine sector, Bauer's once market leading men's title FHM has run out of steam, eclipsed by Hearst's Men's Health, while the publishing sensation of the last decade, Heat, has been in steep decline in recent years, with celebrity gossip available on Mail Online and elsewhere.

Bauer's best print performer is said to be its celebrity weekly Closer. Launched in 2002, it is estimated to make a profit of around £9m a year, roughly double that of its other star performer, glossy weekly Grazia. Bauer, fiercely protective of such figures, does not comment.

The award-winning Grazia, edited by Jane Bruton, launched in 2005 and remains Bauer's most recent high profile launch (later titles have included the nerdy Wonderpedia and bi-monthly Landscape, aimed at nature-lovers). Bauer's attempt to create a "male Grazia" with Gaz7etta, an aspirational men's weekly (and the antithesis of another fading Bauer title, Zoo) failed to get past the pilot stage in 2010.

"The quality of what they do is very good, they are excellent magazine publishers," says one senior industry observer. "But they could be a little bit bolder when it comes to creating new concepts. When you are the market leader then you need to lead the market."

Paul Keenan, chief executive of Bauer Media in the UK, says a priority for the company is digital offshoots of existing big brands, whether that's a Grazia app or launching its film magazine Empire on the iPad in the US. "We want to launch a multimedia brand with a very strong print offering within it," he says.

"Print will continue to be an engaging platform for people who are passionate about something. We intend to continue to develop print products but will now surround those with digital extensions and additions which make the brand more useful and engaging and accessible."

One launch Bauer is said to have investigated is an upmarket magazine for older women – either a trendier version of Yours (which it also publishes) or a more mature Grazia, depending on your point of view. Keenan prefers not to comment, as he does on speculation regarding Absolute and Planet Rock.

Douglas McCabe, a media analyst at Enders Analysis, says: "The biggest challenge for Bauer is how do they cope in a mobile world when penetration of mobile devices – smartphones, tablets, even e-readers – grows into heartland Bauer territory, in other words the mass market."

Bauer is seen as a smart day-to-day business which keep costs under control, with Keenan regarded as a good operator who knows his market well.

The UK chief executive talks to Heinz Bauer at least once a week, and works closely with Saskia Bauer, one of the chairman's four daughters, all of whom have senior positions within the company.
More enthusiastic about digital radio than Global, Bauer has a number of digital-only radio stations, including The Hits and Smash Hits, as well as a radio spin-off of Heat which has also transferred to TV, one of seven stations on Box TV, Bauer's joint venture with Channel 4. Q also has its own radio station but its TV version was closed to make way for Heat.

If there is a criticism of Bauer it is a perceived inability to close a deal. Along with the GMG Radio stations that went to Global, Bauer was also interested – but ultimately missed out – in buying BBC Magazines two years ago and a batch of Global stations in the west Midlands in 2009.

It remains to be seen whether the song will remain the same at Planet Rock and Absolute, or if Bauer will find itself singing a different tune in coming weeks. Given the stations' respective playlists, expect it to be something by Guns 'N' Roses.